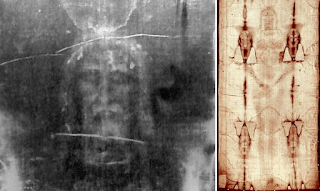 Shrouds. Burial shrouds. They have been used since the time of the Ancients. Before coffins, it was customary for the family members to wash the body then wrap it up in a shroud before placing it in it's place of eternal slumber. The most famous shroud of all is by far The Shroud of Turin, which supposedly is the shroud that they wrapped Christ in before his resurrection (the jury is out on that one, I am very skeptical of Church relics and their authenticity)

But did you know that the burial shroud is where we get the idea of the famous ghost in a sheet, ala Scooby-Doo? Shrouded spirits though were also a sign of an impending death. This is a section from a famous letter from evolutionary biologist Dr. George Romanes to Frederic Myers, one of the founders of the Society for Psychical Research: 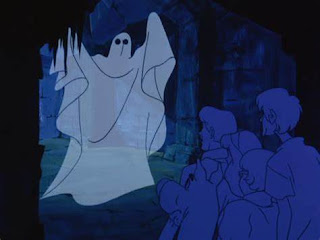 "Toward the end of March, 1878, in the dead of night, while believing myself to be awake, I thought the door at the head of my bed was opened, and a white figure passed along the side of the bed to the foot, where it faced about and showed me it was covered, head and all, with a shroud.Then with its hands it suddenly parted the shroud over the face, revealing between its two hands the face of my sister, who was ill in another room. I exclaimed her name, whereupon the figure vanished instantly. Next day (and certainly on account of the shock given me by the above experience) I called in Sir W. Jenner, who said my sister had not many days to live. She died in fact very soon afterwards.

I was in good health, without any grief or anxiety. My sister was being attended by our family doctor, who did not expect anything serious; therefor I had no anxiety at all on her account, nor had she herself. I have never, either before or after this, had such an experience."


Shrouds I am pleased to say, are making a comeback. People are ditching the idea of the traditional burial and going to something more intimate. Here is an article about an entrepreneur with a gentle heart bringing shrouds back into use.
Newer Post Older Post Home