The word itself makes me smile. And then the word makes me frown. Why? Because like most esoteric thoughts and practices it can be misinterpreted (or reinterpreted) into something that is very different from the original intent of the practitioners. What is a Tulpa? Its roots go back to Tibetan Buddhism that one is able to create an intelligent and sentient being with the power of their own mind. In layman’s terms, an imaginary friend. 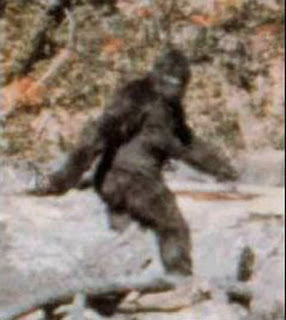 The concept of a “thought form” or Tulpa comes from the Spiritualist and Theosophist movement of the early 20th Century. The “thought form” concept goes back to before the Middle Ages in Western Society and comes closer to our concept of magic. At least the type of magic that is considered by most today as sympathetic magic. The idea is actually very simple in concept but the practice is… iffy. Basically if you can think it, you can do it. This sounds almost like the Rhonda Byrne phenomenon The Secret (which I have serious issues with but that’s another story) but with the spin that you are creating a living sentient thing simply by thought. By first creating it in your mind and then projecting it out and making it real. The end product is an imaginary friend made real.

When I first read into this I could wrap my head around the concept of creating something out of will and perhaps breathing a completely separate consciousness into it. Then I thought, wait…isn’t that like induced Schizophrenia? The idea of purposefully bringing a second thought pattern into your head with the intent of conversing with it is a highly dangerous situation. Its like listening to your “inner voice” yet having an argument with it. And then you add to it the theory of making it tangible and outside the body. A mental homunculus made real.

What makes the matter even more interesting is the concept that things related to paranormal activity may instead be the byproduct of a Tulpa experiment. Ghosts? Or a Tulpa. This opens a whole new can of worms on looking at the paranormal and perhaps cryptozoology. If enough people believed in Bigfoot, wouldn’t this possibly CREATE Bigfoot? Probably the best modern example of this is the phenomena known as Slenderman . There is a community surrounding this alleged paranormal persona and is believed to be a “thoughtform” or Tulpa creation. Now….if you really want to take a step into the bizarre, My Little Pony Tulpas. I kid you not.
Newer Post Older Post Home