A blast from the past. An article I wrote many moons ago. Pray, enjoy... 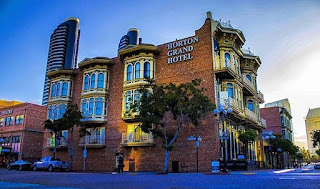 The once warm evenings of summer have turned a bit into the chilly nights that are the harbinger of winter. The leaves change and the days grow shorter. It is the time of the harvest. The Celtic New Year, the Halloween. As tradition tells us, it is the time when Our world and that of the Otherworld, is at its closest; and the spirits of the dead come to visit. It is also the time when we like to drink hot beverages over and open fire and tells or read ghost stories. Writers such as Algernon Blackwood, Washington Irving and H.P. Lovecraft kept me up many nights past my bedtime. But I fear that it is the imagination of our past that has affected our mindset of the occult and paranormal. But our present is doing something even worse, for it is changing our past. It is changing history itself. The facts and the stories of places and people have become the stuff of pulp horror and Stephen King.
Whenever someone asks if I am a Ghosthunter, I feel fingernails go across the chalkboard of my soul. It rings to me of fancy shows and high production values and crews running around in night vision gear at break neck speed hoping to catch a glimpse of the “paranormal”. Me? I am the one no one talks about. The bastard child. The ugly cousin. I clutch reason, science, and above all historical facts as my main tools while I keep my more obscure talents like a holstered gun.
What is a haunting? There are many answers and all of them are good. At the same time none are. To me, I never thought of the pursuit of the paranormal as a science, rather an art, open to interpretation and views from many angles. For the sake of simplicity, I shall cover the basics. Ghosts and spirits. Term seems interchangeable but many do not believe that. The common theory is that a ghost is also what known as a “residual haunt”. It seems to the same thing over and over again because it is. Its not sentient, instead it’ more a kin to a record player skipping in time. A spirit, though is a completely different animal. Aware at least in part of its predicament, it walks the earth in its limited prison (be it house, room, object) and will continue to do so until its task is complete or till the end of time. Poltergeists are usually thought of as being one of two things. Either a mischievous spirit that moves objects or psychokinesis. That is an agent causing the object to move by the sheer force of will.
There are many things that can be encountered while attempting to document and classify a haunting. Cold spots in unusual places throughout the site. Flickering lights or other electrical disturbances such as batteries being drained suddenly and without warning. Physical manifestations can be seen. The “famous” orbs or mist. Actual apparitions have been reported as well. And you must not forget the other sense. Sound. Taste. Touch. All can be reached by the unknown. 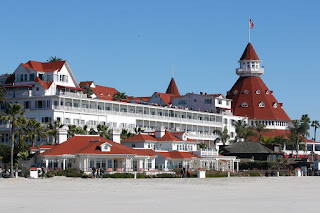 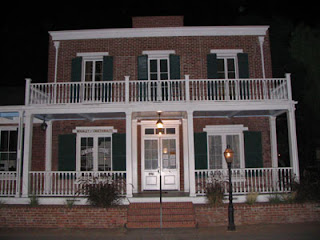 Another popular “haunt” in San Diego is the Whaley House, located in Old Town San Diego. In fact, I am very hard pressed to come across my peers or even fans of the paranormal without the name being brought up. I will never forget one evening during my tours when a young man exclaimed to me, “the Whaley House is the most haunted house in America”. When asked how he knew this, his answer was simple… and absurd. “The internet says so”. Popular media up to the 1990s spread rumor like wildfire, but with inventions such as the internet, truth and urban legend dance almost instantaneously. I enjoy reading the websites and books published on this holy grail of haunts and check not just for inconsistencies, but sheer fabrication as well. And like all good ghost stories, it all starts with a séance. If you like to bone up on your Whaley lore, you will come across Hans Holzer’s book aptly titled “Ghosts”, and look up the Whaley House in which he and Regis Philbin, along with Sybil Leek, a professional psychic (and druidic priestess- funny how most don’t mention that in her credentials) conducted a séance in the mid 1960s. The ghosts in the house were many. One of the ghosts listed in the séance caught my attention immediately, that of Anna Belle. Working in a trance, Sybil claimed that Anna Belle didn’t know what was going on, a pain in her chest confused her and that she died when she was thirteen. This possibly may also be another ghost in the kitchen, a twelve-year-old girl who consumed poison found in the cupboard”. Ok, the stage is set, let the chaos begin.
The story of Annabelle or Carrie Washburn has been part of the Whaley Mythos for many years. Even though SOHO claim that the story was possibly made up by a former employee to liven up the ghost legend, many believe it to be fact. In many different incantations can the story be told. Her age, how she died (hanged by clothesline, strangulation, broken neck, etc) But the end result is the same, she died in the Whaley kitchen and there she haunts. Right? Maybe. See there is no Annabelle or Carrie Washburn that lived in the area at the supposed time of the accident. It made no newspaper accounts nor is there a death certificate or coroner’s inquest.
I recently took a sojourn to Mt Hope Cemetery and scanned the files there. Yes, there was an Anna B. Washburn buried there. So, I drove over to the section in which she resides. After a few minutes of searching, I found her. Poor child, died in 1892, at the age of 1 month. As I looked up and turned around, I noticed something interesting. I was in a straight line and had a clear sight of the Whaley grave.
The second girl mentioned in the séance is even better, for in this myth is the element of truth. Making the mountain out of the proverbial molehill as they say. Some stories say that the girl in the kitchen is little. She complains of a stomach pain. Certain sources even say she is a descendant, a granddaughter of the Whaley’s. That is the truth. Marion Reynold’s, age 3, and part of the Whaley line did die by consuming poison mistaking it for something sweet. But she did not consume the poison there nor did she die there. According to the San Diego Union: August 6, 1912, the child found the ant paste “…in a vacant house…”. Looking at the city directory, the Whaley home was occupied, not vacant. So, Marion Reynold’s could not be the child that haunts the kitchen, for after she consumed the poison in a vacant house, she was taken home (Oceanside, CA) where she died within hours. A different girl, perhaps? Highly unlikely.
Perhaps the most famous ghost that allegedly haunts the home is that of Yankee Jim Robinson. The boat thief that was hanged on the lot with makeshift gallows that is the site of where the home now stands. Well, we don’t know too much about the location of the gallows and even less about Yankee Jim. Whey does he haunt the home? No one really knows. Sybil Leek didn’t mention him in her original séance there. How do we come to know of his presence? Hans Holzer. He stated in his book Ghosts that he was contacted by a woman whose friend wrote a play on the outlaw and the woman stated, “…merely thought he ought to be there, having been hanged in the backyard of the house.” A statement in its self can only be described as historically vague. There is a local legend that states that the archway between the parlor and the living room is where the gallows stood and that sometimes you may feel tenseness about the neck. June Reading, the first curator of this home states that Thomas Whaley himself thought that the home was haunted by the thief. His daughter felt the same. Both writing this down in their diaries. The diaries that no one has seen in years.
Over the years, historical ghost stories become more and more convoluted. Details change, people disappear. The body is moved. Do these details serve or hinder the belief in the phenomena? I believe it makes the paranormalist job that much harder. Like a crime scene that over the years has been trodden and stepped on, the truth becomes murkier and murkier. And in studying the facts of the places we covered here, very few real historical facts survive. Sometimes we experience a something and instead of just accepting it and searching, we label it and move along. We save it for a campfire or a cold night in a cemetery and look at our friends and whisper, “I once saw the ghost of…”
Newer Post Older Post Home