And now for something very different 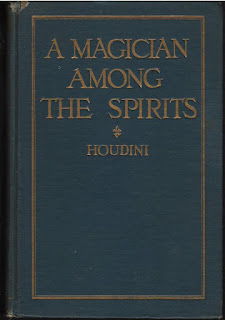 I thought I would do something very different than I normally do. I've been working very hard as of late on the history of Spiritualism and how it affected the world. You come across very interesting sources in your studies and I wanted to share a taste of mine. I want to give you a hero of mine, Harry Houdini. This is from his book "A Magician amongst the Spirits"

'From my earliest career as a mystical entertainer I have been interested in Spiritualism as belonging to the category of mysticism, and as a side line to my own phase of mystery shows I have associated myself with mediums, joining the rank and file and held seances as an independent medium to fathom the truth of it all. At the time I appreciated the fact that I surprised my clients, but while aware of the fact that I was deceiving them I did not see or understand the seriousness of trifling with such a sacred sentimentality and the baneful result which inevitably followed. 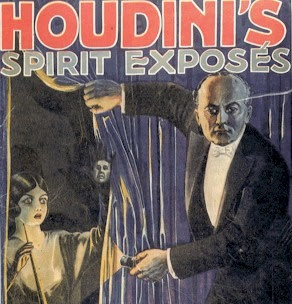 To me it was a lark. I was a mystifier and as such my ambition was being gratified and my love for a mild sensation satisfied. After delving deep I realized the seriousness of it all. As I advanced to riper years of experience I was brought to a realization of the seriousness of trifling with the hallowed reverence which the average being bestows on the departed, and when I personally became afflicted with similar grief I was chagrined that I should ever have been guilty of such frivolity and for the first time realized that it bordered on a crime.'
Newer Post Older Post Home