James Matthew Barrie and the Boy Who Never Grew Up 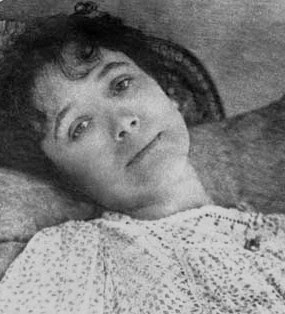 Children from the world over are familiar with the character Peter Pan. Some people may have said they saw the biographical film on him starring Johnny Depp and Kate Winslet, though much of it was fictionalized. But who truly is this enigmatic author and how did his experiences in life bring us the icons we know today as Peter Pan and Captain Hook? His story is a narrative of marvel and sadness, for both were necessary to inspire a world where one didn’t ever grow up.
J.M. Barrie was born May 9, 1860 in Angus, Scotland. The son of a prosperous weaver almost guaranteed that he would pursue a professional career of some sort. Being the ninth of ten children in the house made the Barrie home very busy indeed as one can imagine children running amok through the modest home. At age 6, the Barrie family suffered a tremendous blow. One of James’ older brother, David, died in an ice-skating accident. David was his mother’s favorite and so his death took a terrible toll on the family. James, wanting to consul his mother, would sometimes walk around in David’s clothes and whistle the way that he did. Their mother found comfort in thinking that her son would never grow up and remain a boy forever. James’ attempts to ease his mother’s pain led them to have a tight bond and she would foster his love for literature as they read together. 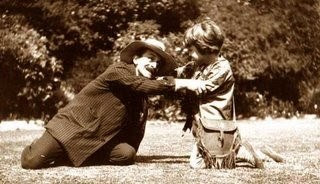 As a young man he went to private academies and was a voracious reader, favoring the Penny Dreadfuls as well as authors such as James Fennimore Cooper. It is also during his middle school years he will develop a love of pirates as well as performing in dramas. After receiving his MA, he became first a journalist writing theatre reviews and then started writing fiction as well as other plays that reached mild success. In 1894, he met an actress by the name of Mary Ansell and they were shortly married. It is also this year that he will purchase for her a Saint Bernard puppy, which will become an important character in his later stories.
His most famous story was caused by a most fortunate accident in which he met two boys in Kensington Garden, George and Jack Llewelyn Davies. He found out that the two boys didn’t live far from the Barrie home and he was introduced to their brothers, Peter, Nicolas and Michael; along with their parents, Sylvia and Arthur. These boys would become his inspiration for Pan.
The character, Peter Pan, would first appear in the novel The Little White Bird published in 1902. The play version he constructed Peter Pan, or the Boy Who Wouldn’t Grow Up was first performed in 1904. Barrie, in a 1928 preface for the play gave all the Llewelyn Davis boys credit for Pan, stating “I suppose I always knew I made Peter by rubbing the five of you violently together” So where does Captain Hook come in? There was no villain in the first draft of the play, Barrie thought that Pan could serve as his own best foil. It was the need to give stagehands time to work their magic that spawned the pirate. He was a bit part that performed between acts in the play to give time for scene change. His antics, that included a crocodile, would later be fleshed out into the villain we know today.
The boys’ father, Arthur died in 1907. Barrie, despite being married, became very close to Sylvia and he helped support the Llewelyn Davis family financially. Sylvia sadly though will contract cancer and pass in 1910. The fate of the boys became complex and through possibly a mistake on Barrie’s part, he took partial custody of the boys along with their nanny, Mary. 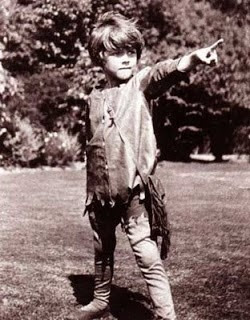 Tragedy though, clung to Barrie like a dark cloud, so much so fellow author D.H. Lawrence wrote in 1921, “J.M.(Barrie) has a fatal touch for those he loves. They die”. George will die fighting in the Great War and six years later Michael will drown along with a friend. Peter will outlive Barrie who will pass in 1937. Peter will sadly take his own life in 1960 in London.
Peter Pan is a novel and play that has lasted through the generations. Barrie gave the rights to the play to the Great Ormand Street Hospital for children in 1929. The hospital today is the number one children’s cardiac hospital in the world and still receives royalties on the play. The story of the boy who never grew up resides in the hearts of children all over the world. After all, imagination is a place where ponds become oceans and trees become the masts of pirate ships and children of all ages (including me) can navigate life by saying, “Second star to the right and straight on 'til morning.“ You are right, Mr. Barrie, all the world is made of faith, trust and pixie dust.
Labels: Stories
Newer Post Older Post Home