There’s An App For That 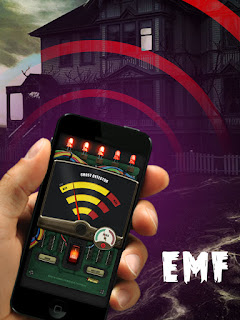 Many of you may have been asking where I have been. I have been honestly working harder than I have ever had before. But now it is time to spend a dreary Sunday afternoon to write about something paranormal and indeed ghastly, the phenomenon known today as ITC, or Instrumental Trans-communication. Everyone who knows me bes is aware how antiquarian I am. I suppose that could be a nice way to say I’m old and behind the times, but for me the old ways are the best ways. So, when someone comes up to me and say they saw something I didn’t think was possible, my head starts to swim. I can be accused of using ITC although my preferred modus operandi is a spirit board or a pendulum or something similar. Yes, I have gone electronic at times and experimented using an EMF detector to try to illicit a positive or negative response from a supposed entity. There is a plethora of equipment out there now used by ghost hunters that goes into the ITC category. There is the (in)famous Frank’s Box, Shack Hacks, etc., along with Faraday cages and other paraphernalia that is believed by many to help the equipment work better. If you are more visual, there is the Ovilus, which is a device that has an internal dictionary that the spirits are said to be able to manipulate to communicate.

All of my paranormal contacts out there know my skepticism towards most of these items. If you read my last article, I covered the fallibility of the EMF detector and how it is susceptible to outside influences that are definitely not ghostly in nature. A friend of mine, Rhonda, who helps me conduct the Fairhaven Memorial Park tour, is probably the best paranormal investigator I know. How can I say this? She has thousands of dollars in equipment and is the first to say, “I don’t know if this S#*t even works”. She questions, she doubts, and then explores to eliminate false positives. To me, that makes a good investigator. By now, you may be wondering where this is all going, my friends there is a method to my madness. I was speaking to a very nice couple recently who went on a local ghost tour and they told me that on the tour they participated in an ITC session. I was interested and a bit skeptical because I honestly know how boring a paranormal investigation can get listening for EVPs or perhaps a question-and-answer session with something such as a Frank’s Box. Nope, their communication was instantaneous and quite satisfying and even awe-inspiring. I was peaked. What was this new gadget that was created I inquired? Their iPad…and an App. The look on my face must have been amazing to behold. Then I asked other people, including Rhonda that I mentioned above. She confirmed that many groups are now using Apps on their smart phones to try and communicate with the dead, the most popular of these is one known as Portal. I was very intrigued because honestly, it sounds completely absurd.

And this is where the YouTube rabbit hole started. I spent hours looking at videos of people using these Apps to supposedly communicate with the dead. I also looked at my own App store on my phone and there are literally dozens of ghost detection and ghost communication Apps out there. I was truly amazed. Now, thankfully most of them got really bad reviews from people who realized they were being hoodwinked, but some are out there with reviews of people talking about how legit they are. Can these new Apps actually work? I won’t say they are completely hogwash because if someone believes they work and that they are communicating with the dead, I let it be. To me, the paranormal is a branching off of one’s own religious beliefs. I wouldn’t want anyone to step on my beliefs, so I shall respect theirs. Now, I do have issues with the concept of how they are created and what your phone or tablet can and cannot do. An App is basically free to make if you are a good programmer and so you can use a few weeks to crank one out and then make thousands of dollars in overall sales. So, you can see an ulterior motive in a needy market. I remembered watching a video of a woman reviewing these Apps and she commented on how we shouldn’t sell them short, because after all, “We don’t know how the App works.” You are right, Miss, we don’t. So maybe we should step back and look at the limits of the technology of your device before you can determine it can speak with the dead.