The Lady in Water 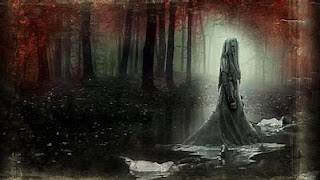 Now that I have your attention, you probably think I am alluding to some Arthurian legend, and honestly when you think about it, it certainly may. The subject I wanted to cover is the connection between water and the paranormal. Is there a connection between the two?
First off, it’s time for me to put my Harry Potter eyeglasses on and nerd out with you about water if I may. You may have grown up thinking water and electricity don’t mix very well, and you are right. In truth, though, water in its purest form isn’t a conductor, it is actually an insulator. The ions though, that is present in almost every form of water, including tap and even rainwater, are highly conductive. That is why the ‘dropping the hairdryer in the tub will kill you’ scenario comes into play. 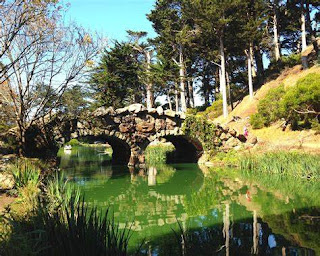 How may water affect the paranormal? It may not, but the ions IN the water certainly may. There has been a very strong possible connection between water and the paranormal for centuries. The first thing that comes to me is the La Llorona which is always found alongside a river or close to water. On my last vacation I had a chance to visit Stow Lake in San Francisco which is known for a spectral lady walking its shores.   And on the famous river boat the Delta King in Sacramento, there is the ghost of a young girl that walks the decks at night leaving small wet footprints for the employees to find in the early morning hours.  One of the most haunted areas in the United States is the battlefield of Gettysburg and the surrounding area, and one of the things that many of the ghost stories there have in common is water. The White Lady of Spangler’s Spring has been spotted for years and the bridges that cross the creeks and rivers in that area are known for their paranormal activity.

The fluctuations in EMF when there is supposed activity, the draining of batteries, and even the feeling of “electricity in the air” can be noticed while experiencing this phenomenon. As we look at the paranormal and the possible connection with electricity, we also must look at things in nature that may enhance electrical currents such as water. Is there a connection between the conductivity of the water itself and the paranormal activity surrounding it? The journey into the unknown continues…