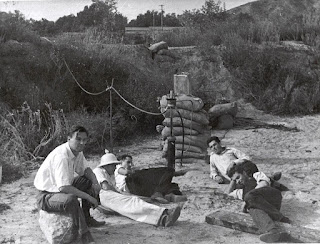 Every great once in a while, my regular studies and my pursuit of the strange and unusual collide, and this week has been very fortuitous. As many of you know, I am going back to school, working on an advanced degree in history, and I am putting together an academic paper on the history of the Space Race between the United States and the Soviet Union. In order to cover this subject thoroughly you need to cover the early designers of rocketry, going back to before the Second World War, and one of the most brilliant, yet infamous, designers was John Whiteside Parsons, also known as Jack Parsons. Parsons and his friends of fellow scientists were students at Caltech in Pasadena, and in the late 1930s picked up the interesting moniker of “The Suicide Squad” due to the less-than-safe early chemical propulsion experiments they conducted. This forced them to go to the nearby canyon, the Arroyo Seco (remember this from a previous article), to conduct their work.  Their work became extremely successful and it was Parson’s designs that earned him and fellow scientists grants which helped them start up JPL, Jet Propulsion Laboratory in Pasadena.

So where does this become weird? What many do not know is Jack Parsons was the head of a lodge of the Ordo Templi Orientis, an esoteric group of mystics that started in the 1920s under Aleister Crowley. For those of you, who are not familiar with occult studies, Crowley’s name may not ring a bell, but if you look him up, you will be surprised. Crowley was a very unusual man who was famous for his esoteric writings and studies in magick, particularly sex magick. Parsons joined the OTO in 1940 and was the head of their lodge by 1943, with the aid of Aleister Crowley, who wrote to him and gave him guidance.  If you want to know a different side of Parsons, here is an entry from the diary of Jane Wolfe, a silent film actress and disciple of Crowley: 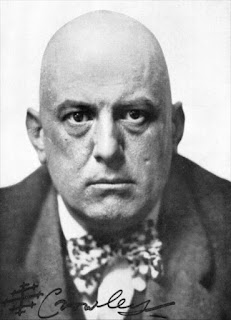 Unknown to me, John Whiteside Parsons, a newcomer, began astral travels. This knowledge decided Regina [Kahl] to undertake similar work. All of which I learned after making my own decision. So the time must be propitious. Incidentally, I take Jack Parsons to be the child who "shall behold them all" (the mysteries hidden therein. [Liber al [vel Legis,] [Chapter] 1, 54-55). 26 years of age, 6'2”, vital, potentially bisexual at the very least, University of the State of California and Cal. Tech., now engaged in Cal. Tech. chemical laboratories developing "bigger and better" explosives for Uncle Sam. Travels under sealed orders from the government Writes poetry — "sensuous only," he says. Lover of music, which he seems to know thoroughly.

Okay, Parsons might be a little off his plane of axis, but I really haven’t gotten to the truly strange part of the story yet. Jack Parsons had an unusual house guest in 1946. A house guest by the name of L. Ron Hubbard, the founder of the Church of Scientology. Parsons and Hubbard were known for throwing these large lavish parties that frowned upon by the older genteel folks of Millionaire’s Row, the street on which Parsons resided. Parsons and Hubbard supposedly worked on magick together in the Mojave Desert on something occultists refer to as the Babylon Project. Honestly, the more I read about their relationship, the more I am concerned about the veracity of the sources and feel that the writings are more propaganda or smear campaign on Parsons but more likely Hubbard. Hubbard will eventually run off with Parsons’ on again/off again girlfriend Sara E. Northrup (of the Northrup-Grumman aeronautics company) and they will marry in 1946. 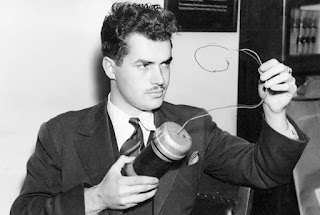 What happened to Parsons? In June, 1952, while working on an experiment in his home lab, an explosion went off, taking off part of his face and blowing an arm off. He was rushed to the hospital but later succumbed to his injuries. There were speculations about murder and suicide but nothing truly concrete. There was a syringe found on scene with morphine, raising suspicions that Parsons was narcotized. It was eventually ruled an accident. So, we close a chapter on the history of aviation and the Space Race with the brilliant, and disturbed, mind in rocketry, Jack Parsons. Occultist and founder of JPL, one of the greatest think tanks of scientists to this day. Hubbard? I don’t know…I think he wrote some books….