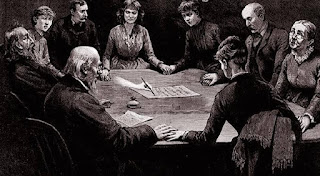 For the past few months, it has been my pleasure to be giving nighttime tours by lantern light at the beautiful Villa Montezuma in San Diego, CA.  At the end of the tour, we gather in the music room and I give a talk on what is Spiritualism. One of the points that I try to make is the importance of the women’s movement and Spiritualism and how they went hand-in-hand with each other during the Victorian time period into the 20th Century. The Fox sisters and their famous spirit communication in Hydesville, NY in 1848 will start a movement that is still going on today. Their alleged rappings from a spirit caused a sensation and people from all over came to witness them in action. This would only be the beginning. 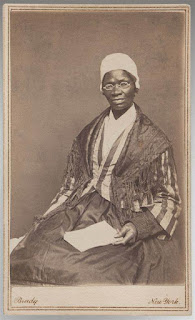 Starting in the mid nineteenth century, sentiments were changing about mainstream religion and places such as upstate New York became an epicenter for alternative spirituality. Groups such as radical quakers, who believed that all were equal despite race or gender started to embrace facets of Spiritualism and these ideals will carry into other circles.

As Spiritualism grew, women took to the forefront of the movement and séance circles and Spiritualism churches started to grow. Abolitionist and social activist Sojourner Truth, herself a freed slave, will embrace Spiritualism and will be the leader of a Quaker community known as Harmonia in 1857. Truth will be a great orator for the equality of both African Americans and Women’s rights during the mid to late 19th Century. The Civil War only made Spiritualism more attractive to many after the carnage of the war left great scars upon America. When Willie, the favorite son of Mary Todd and Abraham Lincoln, passed away from typhoid in 1862, Mary started to hold seances in The White House in hopes of communicating with their son. 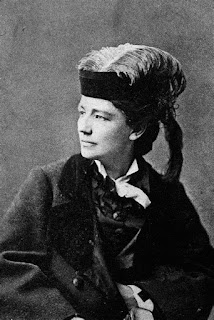 One of the most fascinating and controversial women of the movement was Victoria Woodhull. Woodhull was a sideshow clairvoyant and through her oration skills and her business savvy, became the owner of the first woman-owned stock brokerage house as well as the first publishing house. Woodhull also ran for President of the United States in 1872. Her running mate was Frederick Douglass. Though this presidential run was more of a publicity stunt than an honest run for the White House, Woodhull held center stage in both Spiritualism camps and American politics.

So, why are these women lost in obscurity? The answer may be found in the records of Spiritualism themselves. The Spiritualist movement had no leader and no true tenets or testaments of faith. There is no roster of followers and so there is no true number of how many followed this alternative spiritual movement. People interested in the history of the feminist movement may be familiar with Sojourner Truth and Victoria Woodhull but so many more are lost in the annals of time; the small voices that had a roar in the circle of Spiritualism and women’s rights.