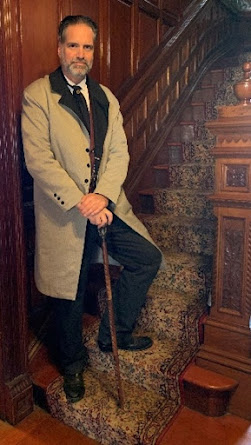 Welcome to a time where the world was lit by gaslight. An age of elegant dinners, opera was prime entertainment, and the word occult made people excited and they spoke in whispered voices of an invitation to a séance. It was a time like no other, opulence and poverty abound, Oscar Wilde and Alexandre Dumas were the literature giants, a man known only as Jack the Ripper stalked the streets of Whitechapel, and magic was the master of the stage. Names like Houdini, Thurston, and Kellar were the talk of the town, and the masters of making the impossible play nightly. That time…is now.

Join Charles Spratley, author, paranormalist, bizarre magician, lecturer and guide for an evening of entertainment like none other. You will cross the line of reality, to the realm of dreams and illusions.