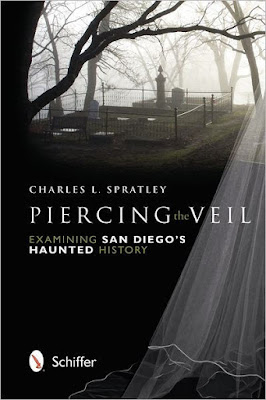 As many of you know, I love a good ghost story. But I also love history and making it fascinating. What a lot of people who enjoy our tours or my lectures aren’t aware of is that I wrote a book on ghost stories from a historical POV on my home town San Diego. It includes some of the most haunted locations, revealing the real history behind the legends that the internet or other paranormal writers may want to dance over to make it more compelling (which means they lied to you to make it interesting). But I reveal the REAL stories and show you that truth is indeed stranger than fiction. You can purchase it through Amazon or Barnes and Noble.

Almost 20 years of blending history with the macabre

Charles has written a number of tours, each of which have been offered on an ongoing basis by a variety of guides, many of which he personally trained. Here's what he has to say about his tours:

It's Not Haunted, It's Enchanted